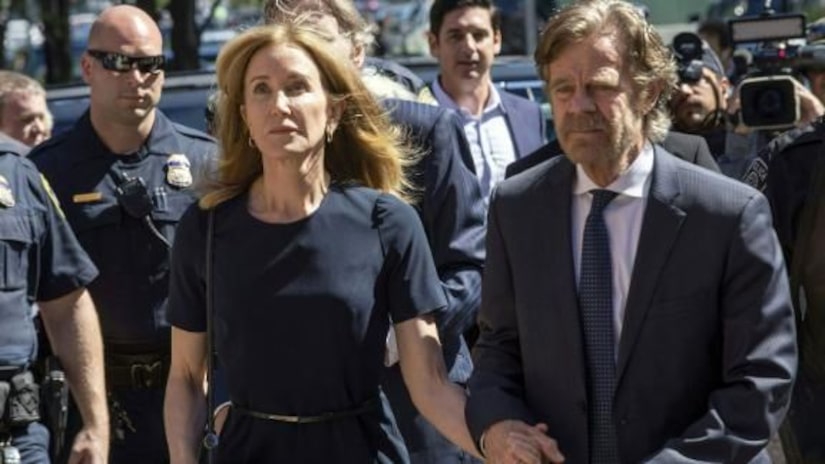 BOSTON (KTLA) -- Now that Felicity Huffman has been sentenced to 14 days in prison for her role in a massive college admissions scam, attention has turned to where she'll spend her time behind bars.

The Bureau of Prisons (BOP) has the final authority to decide where Huffman will serve time when she reports to the bureau in six weeks, on October 25.

As an inmate at Federal Correctional Institution Dublin, the “Desperate Housewives” actress would have to don khaki clothing with her name and inmate number. She'd have to make her bed by 6:30 a.m. — except on weekends and holidays, when inmates can sleep in and have their bed made by 10 a.m. — according to an inmate orientation handbook posted on the prison website.

But there are some comforts. For example, inmates at FCI Dublin can sunbathe on the weekends, but they have to wear a shirt and shorts, the handbook says.

Inmates can watch the lobby television until 8:45 p.m. during the week, or until 11:45 p.m. on the weekends. Each month they are allowed to spend up to $320 at the commissary.