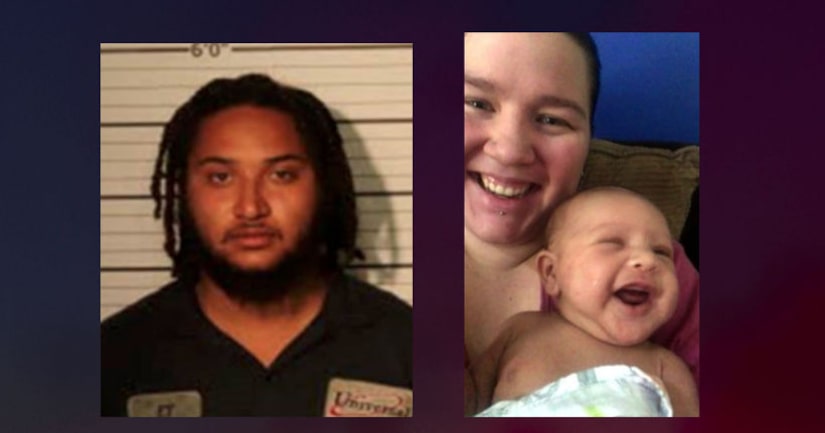 SHELBY COUNTY, Tenn. (WREG) -- The Shelby County Sheriff's Office has charged a man with the murder of a woman and a 4-month-old baby boy found stabbed in a house that was set on fire.

The Shelby County Sheriff's Office says that 25-year-old Enoch Zarceno, who is the father of the 4-month-old baby, has been arrested and charged with numerous felonies, including two counts of first-degree murder and aggravated arson.

Family believes he was angry about the possibility of having to pay child support.

Heather Cook, 32, and her son Bentley were found dead in an apartment on Bennington Circle sometime after 9:30 a.m. Friday morning. Shelby County Fire crews found their bodies while responding to a call of a house fire.

Deputies pronounced both of them dead on the scene. Fire marshals later determined that the fire was intentionally set.

According to an affidavit obtained by WREG, both Cook and the baby were stabbed multiple times.

Authorities say a family member told deputies that Zarceno was the father of baby Bentley, and that Zarceno and Cook had recently gotten into an argument over custody issues. Family, however, tells WREG that the argument was about child support for Bentley.

The affidavit says that a vehicle tag registered to Zarceno was spotted near Cook's residence on Friday morning. Deputies located Zarceno, who agreed to speak with them.

Authorities say that after changing his story several times, Zarceno admitted to entering Cook's home through a back window. Zarceno reportedly claimed that he found them both already dead and fled the scene without calling the police.