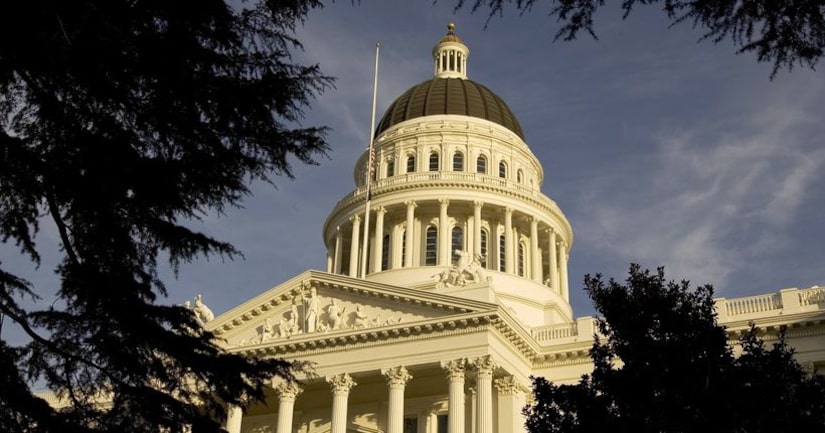 SACRAMENTO (LA Times/KTLA) -- A woman was arrested Friday on charges including assault after dropping what authorities said “appeared to be blood” on members of the California Senate from her seat in the visitor gallery. The disturbance occurred as lawmakers were wrapping up their work before adjourning for the year, forcing them to evacuate the chamber to continue in a nearby committee hearing room.

The woman, who was identified by California Highway Patrol officials as Rebecca Dalelio, 43, was among dozens of protesters who were inside the state Capitol to oppose a pair of bills signed Monday by Gov. Gavin Newsom to impose new oversight of childhood vaccine exemptions. Public records show Dalelio is a resident of Boulder Creek near Santa Cruz, and a Facebook profile matching her photo and name contains multiple postings critical of vaccines, the last one made in March. A phone call to Dalelio seeking comment was not returned.