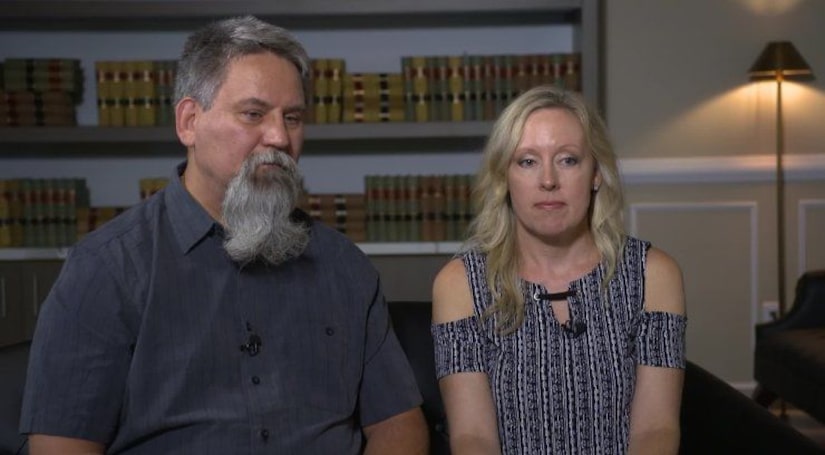 LIVINGSTON, N.J. (WGHP) -- After having trouble conceiving on their own, a white couple opted for in-vitro fertilization and gave birth to a baby girl. When their daughter was a toddler, they grew concerned that she didn't look like them.

"When she was born, all my friends said, 'Oh, she looks Asian, she looks Asian,'" said Kristina Koedderich, the girl's mother. "We were cracking the jokes... but you just figure every baby, like, looks different when they're born."

For nearly four years, Koedderich and her now ex-husband Drew Wasilewski have been wondering who is their daughter's biological father.

Koedderich gave birth to her daughter in 2013. When the girl was about 2 years old, the mother said she noticed her daughter's features were different than hers. Then, strangers also began asking whether they had adopted her.

A DNA test in 2015 confirmed that Wasilewski was not related to the girl, the lawsuit says.

After getting the DNA results, the New Jersey parents said they called the Institute for Reproductive Medicine and Science at St. Barnabas looking for answers, but they said staff members only apologized and told them they couldn't confirm that something went wrong.

Koedderich and Wasilewski filed a lawsuit accusing the Livingston, New Jersey-based fertility clinic as well as several of its employees of failing to maintain a proper chain of custody of semen samples and impregnating Koedderich with the sperm of a man who was not her husband.

The defendants in the case have suggested that an extramarital affair led to the birth of the girl, according to a court order compelling the defense to produce records.

Dr. John Garrisi, the director of embryology laboratory at the clinic, said in a deposition conducted in March that the procedure was done correctly.