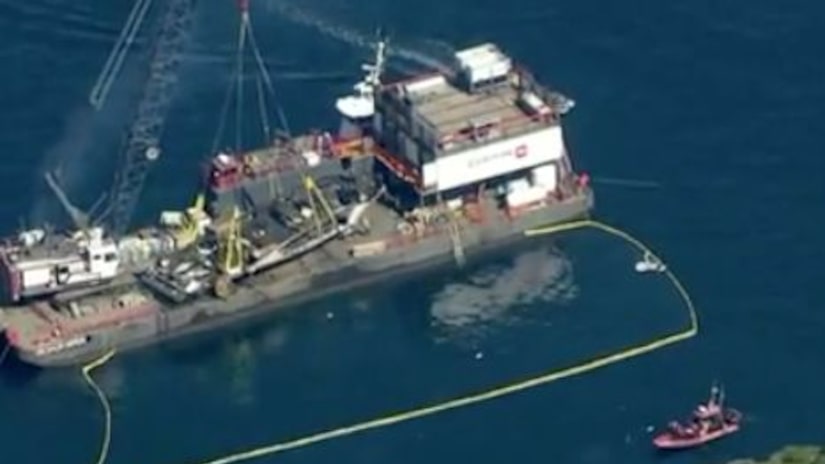 SANTA CRUZ, Calif. -- (KTLA) -- A California scuba dive boat was operating in violation of Coast Guard regulations when crew members were sleeping and a pre-dawn fire killed 34 people, leaving grieving families wondering if a required night watchman could have saved their loved ones.

Thursday brought a disclosure from the National Transportation Safety Board that all six crew members were asleep aboard the Conception on Sept. 2 when the deadly blaze broke out.

The NTSB's findings could aid federal authorities conducting a criminal investigation into the fire, who could bring charges under a statute known as seaman's manslaughter. The law was enacted during the 19th century to punish negligent captains, engineers and pilots for deadly steamboat accidents that killed thousands.

Five crew members, including the captain, were asleep on the vessel's second deck and survived. The sixth, a 26-year-old deckhand named Allie Kurtz , was sleeping below and perished with the boat's 33 passengers.

Kurtz's grandmother, Doris Lapporte, said she was too distraught Thursday to comment on the NTSB's findings, issued days before the family planned to scatter her granddaughter's ashes at sea.

FULL STORY: NTSB: Conception dive boat did not have crewmember on overnight watch as required - KTLA