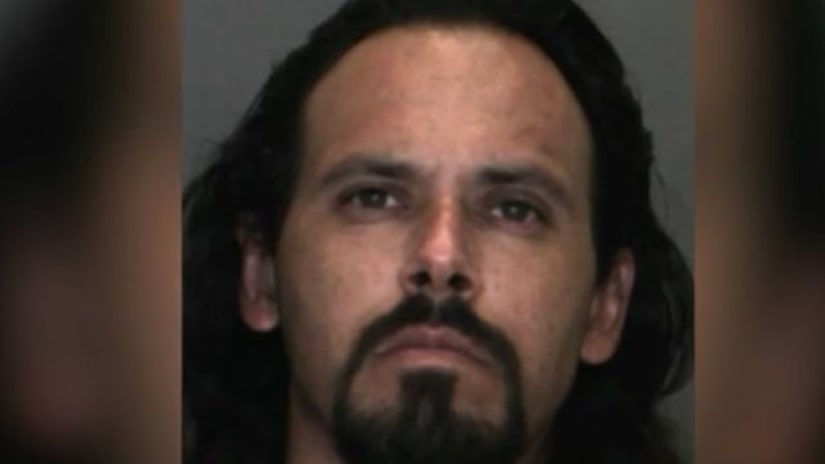 HESPERIA, Calif. -- (KTLA) -- The manhunt continued Wednesday for an "armed and dangerous" Hesperia man who is now believed to be linked to three killings in Hesperia, as well as a robbery and an arson in Apple Valley, authorities said.

Phillip Williamson, 37, has been linked to the Aug. 30 killing of a 35-year-old Victorville woman whose body was found in a car abandoned in the desert in Apple Valley, as well as the killings of a 37-year-old Hesperia woman and a 43-year-old Hesperia man who were found dead inside a Hesperia home on Sept. 3, according to the San Bernardino County Sheriff's Department.

"Williamson remains outstanding and is considered armed and dangerous," sheriff's officials said in a statement issued Wednesday. "Anyone with information regarding his whereabouts is asked to immediately call 911."

The alleged one-man crime wave first caught the attention of investigators when he robbed a 76-year-old man of cash and a handgun a the victim's Apple Valley home on Aug. 30, the sheriff's department said in a written statement. He allegedly returned the the same home in the 20000 block of Wisconsin Street and set it on fire on Sept. 9.