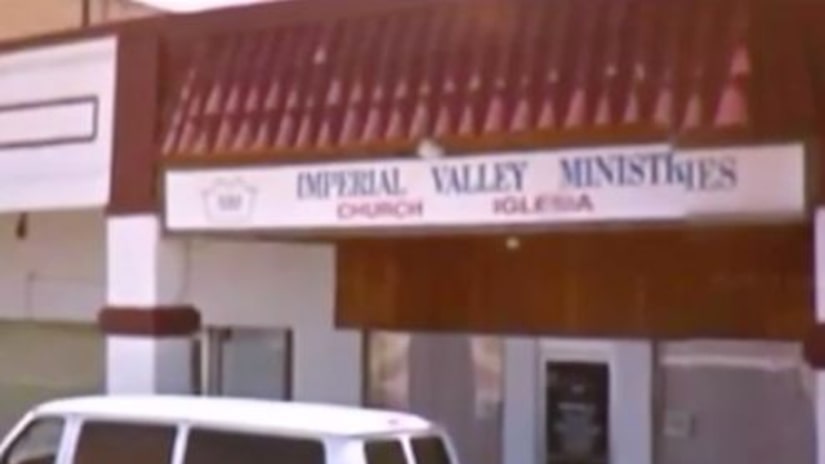 EL CENTRO, Calif. -- (KTLA) -- A dozen leaders of an El Centro-based church were arrested Tuesday as a federal indictment was unsealed, accusing them of luring people into forced labor and servitude with the promise of food and shelter.

Dozens of victims — many of them homeless — wound up held captive, forced to relinquish their identification and belongings, while Imperial Valley Ministries profited off them, U.S. Attorney Robert Brewer said in a media briefing Tuesday afternoon.

The victims, as young as 17, were spread across locations in the U.S. southwest, officials said.

Prosecutors say they had to panhandle as many as nine hours a day, six days a week, with the church pocketing the money. They were also allegedly coerced into surrendering welfare benefits, and ordered not to seek outside work.

"The indictment alleges an appalling abuse of power by church officials who preyed on vulnerable homeless people with promises of a warm bed and meals," Brewer said. "These victims were held captive, stripped of their humble financial means, their identification, their freedom and their dignity."