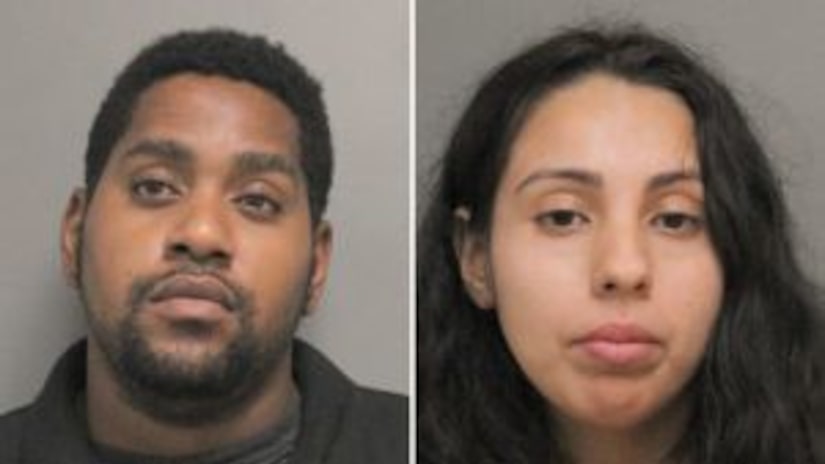 LONG ISLAND, N.Y. -- (WPIX) -- A man and woman face multiple charges after a vicious attack on their landlord that sent him to the hospital and knocked a woman and her baby to the ground Sunday, according to police on Long Island.

Authorities said Johnathan Sunderland, 31, and Jennifer Garcia, 25, went to confront their landlord at his residence on Sunday around 10 p.m.

A woman holding her 1-year-old child started to open the door as the duo knocked, but then they pushed the door open, knocking the woman and her baby to the ground, police said.

Sunderland proceeded to charge toward the landlord, threw him to the ground and started choking him, as Garcia began to kick him in the face, according to police.

Both alleged attackers left the residence but were followed outside by the woman they had just knocked over, authorities said.