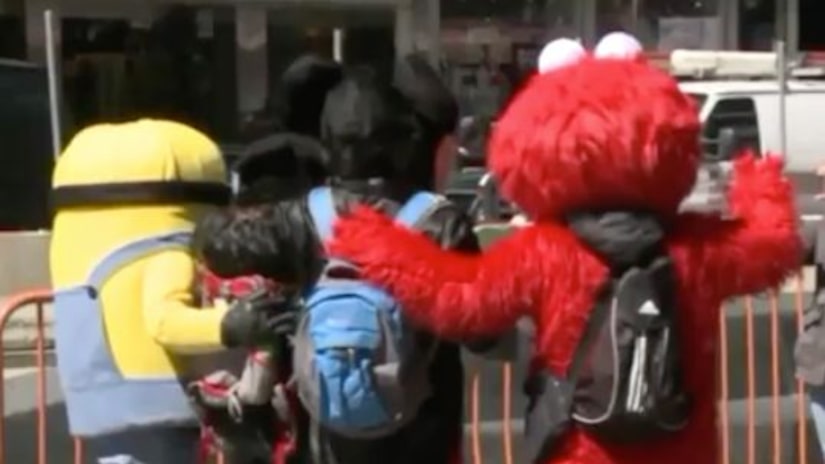 NEW YORRK CITY -- (WPIX) -- One of Times Square's costumed characters is facing multiple charges after being accused of touching a teenage girl inappropriately after snapping a photo with her, police said.

According to authorities, the 14-year-old girl had just posed for a photo with the man, who was dressed as Elmo from "Sesame Street," before he allegedly grabbed her buttocks around 6:30 p.m. on Saturday.

Inocente Andrade-Pacheco, of Passaic, New Jersey, was arrested and is now facing charges including forcible touching and acting in a manner injurious to a child, according to authorities.