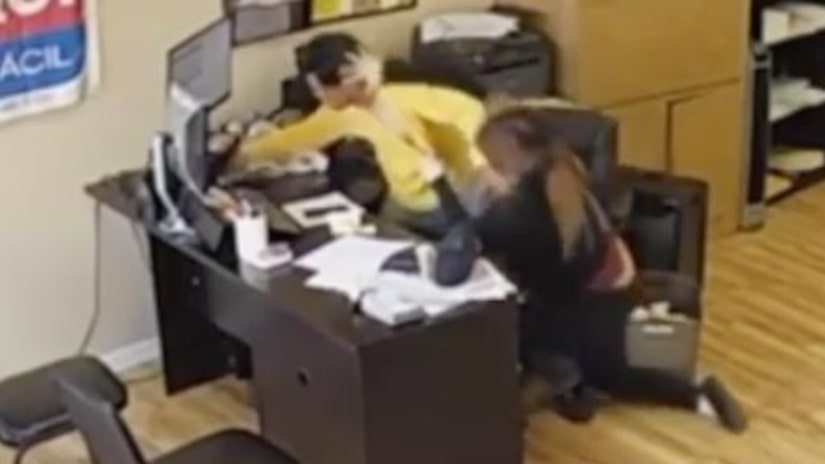 POMONA, Calif. -- (KTLA) -- A woman fought off a man who brandished a knife and demanded money at her family's tax and insurance business in Pomona last weekend in a crime that was caught on camera.

Concepscion Escalante, 23, told KTLA she was working alone Saturday at ALE Insurance Services, along Garey Avenue near Grand Avenue, when her attacker entered the business. After asking a few questions, the man ended up pulling a knife and robbing the establishment.

"I hit him in his private area," the victim said.

She is seen in surveillance video struggling with the robber over the knife for about a minute before he ultimately fled, managing to grab about $1,000 before ran off, according to Escalante.

The victim added that she was operating on instinct at the time.

"I don't know how he didn't cut me anywhere," she said.