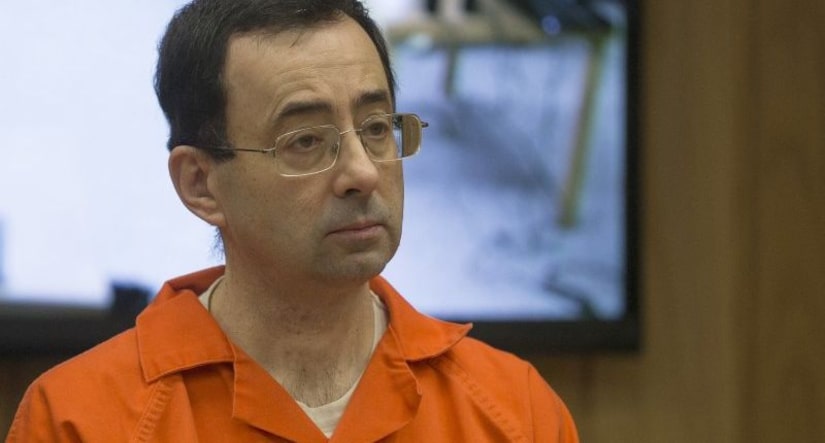 EAST LANSING, Mich. (KTLA) -- The government on Thursday ordered Michigan State University to make sweeping changes and pay a $4.5 million fine after determining that it failed to adequately respond to sexual assault complaints against Larry Nassar, a campus sports doctor who molested elite gymnasts and other female athletes.

Education Secretary Betsy DeVos announced the penalty after the conclusion of two federal investigations. She said Nassar's actions were “disgusting and unimaginable” and that the university's response fit the same description.

“Too many people in power knew about the behaviors and the complaints and yet the predators continued on the payroll and abused even more students,” DeVos said in a call with reporters. “This must not happen again, there or anywhere else.”

The fine, which will go to the Treasury, is the largest levied under the Clery Act , a law that requires colleges to collect data on campus crime and notify students of threats. The previous largest fine, $2.4 million, was imposed in 2016 against Pennsylvania State University over its handling of sexual misconduct involving former assistant football coach Jerry Sandusky.

The department's investigation concluded that Michigan State violated several key parts of the Clery Act along with Title IX, a federal law forbidding discrimination based on gender in education.

In response, the school announced the resignation of its chief academic officer, Provost June Youatt.

President Samuel Stanley Jr. said his predecessor, Lou Anna Simon, and Youatt “failed to take appropriate action,” especially with regard to William Strampel, a medical school dean and Nassar's boss, who faced his own harassment allegations.