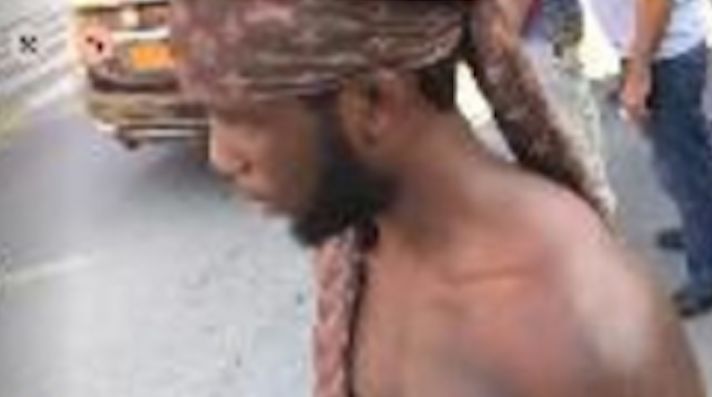 NYPD
WPIX - "Police have asked for help identifying this man. "

THE BRONX, N.Y. -- (WPIX) -- Police officers were evacuating a blazing Bronx building on Tuesday afternoon when a man threw a container of milk at them.

The milk incident near Grand Concourse and East 171st Street comes in the wake of several water-throwing incidents.

The Patrolmen’s Benevolent Association, a union that represents officers, tweeted a message to the public.

“It is becoming impossible to do our job, even in emergencies. At a fire scene, we have to clear the area so that FDNY can contain the fire and prevent loss of life. This crowd didn’t care: they wanted to fight the cops who were there to help,” the union tweeted. “Thankfully everybody made it out, but our leaders need to wake up: if they keep encouraging cop-hatred & interference with our duties, LIVES WILL BE LOST because we couldn’t do our job.”