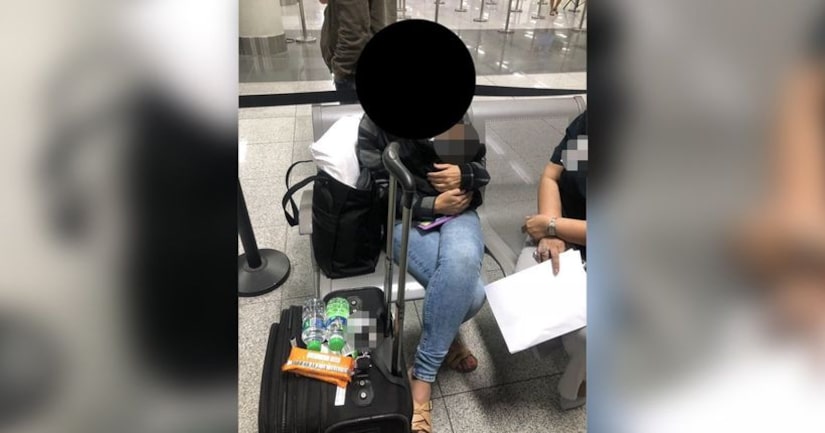 MANILA, Philippines (WJW) -- An American woman who attempted to carry a 6-day-old baby out of the Philippines hidden inside a sling bag has been arrested at Manila's airport and charged with human trafficking, officials said Thursday.

They said Jennifer Talbot was able to pass through the airport immigration counter on Wednesday without declaring the baby boy but was intercepted at the boarding gate by airline personnel.

Talbot, from Ohio, was unable to produce any passport, boarding pass or government permits for the baby, airport officials said.

Clad in an orange detainee shirt and in handcuffs, Talbot, 43, was presented to reporters in Manila on Thursday. She kept her head low and appeared at times to be on the verge of tears. She did not issue any statement.

Talbot had planned to board a Delta Air Lines flight to the Unites States with the baby, airport officials said.

“There was really an intention to hide the baby,” immigration official Grifton Medina said by telephone.