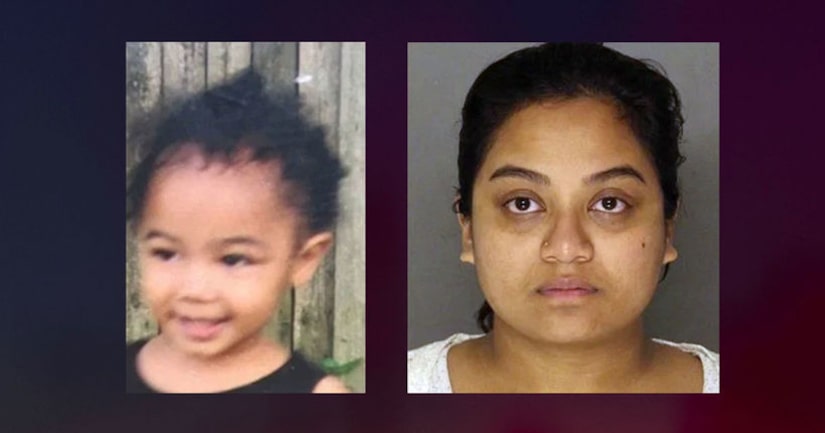 Law enforcement taped off a house in the area of the park and was seen removing items from the residence, KDKA-TV reports.

Dougherty said an autopsy will be performed Wednesday, but could not say the manner or the cause of Johnson's death.

Allegheny County Police said the father of the toddler and the woman charged with kidnapping her were in a romantic relationship.

PENN HILLS, Pa. (KTLA/CNN) -- A woman is in custody and a toddler is missing from Penn Hills, Pennsylvania, after the child's father said a rideshare driver abducted his daughter on Saturday evening, according to police documents and a news release.

Paul Johnson said he was riding in a car with Lyft and Uber stickers with his daughter and a friend, according to a criminal complaint filed by the Allegheny County police.

Johnson said that when he got out of the car and went to get his daughter out of the car seat, the driver drove away with the toddler, the complaint said. The complaint didn't identify the child, but a police news release said she is named Nalani.

Johnson told detectives he tried calling the driver's cellphone multiple times but she never picked up, so he called 911 around 5 p.m. ET.

Police arrested driver Sharena Nancy, 25, in the vehicle during a traffic stop around 7:30 p.m. ET, but did not find the child inside, the complaint said.

According to the complaint, Nancy told detectives that Johnson sold the child to an individual for $10,000 and asked her to complete the drop-off.

Nancy said he showed her a photo of a black woman she was supposed to meet and asked her to drive the toddler “20 minutes” from a gas station in Monroeville along US Route 22 to meet the woman, the complaint says.

Nancy said she was told the woman would then “flag” her down and Nancy was to turn over the toddler, the complaint says.

Nancy told detectives she encountered a silver SUV with out-of-state plates parked on the side of the road and did as she had been instructed — passing the toddler and the carseat over to a woman standing next to the car and then driving off. Nancy told police she also saw a second woman inside the SUV.

Nancy said she then drove around, smoked cigarettes and talked on the phone with her husband, the complaint said.

Nancy, who is being held without bail at the Allegheny County jail, was arraigned on Monday after being charged with kidnapping of a minor, interference with custody of children and concealment of whereabouts of a child. Her preliminary hearing is scheduled for September 16.

The police press release said Nalani is 2 years old, but the website for The National Center for Missing & Exploited Children, missingkids.org, said she's 23 months old, with her second birthday on September 15. She's about 3 feet tall and weighs about 30 pounds, with black hair and brown eyes, according to missingkids.org.