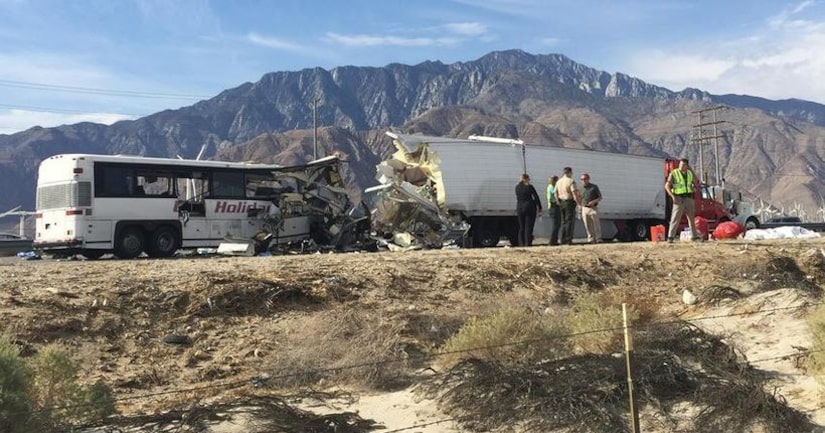 PALM SPRINGS, Calif. (KTLA) -- A trucker who fell asleep behind the wheel was sentenced to four years in state prison after he pleaded guilty to causing a tour bus crash on a Southern California freeway that killed 13 people in 2016, officials said.

Guilford entered his plea directly to the Riverside County Superior Court, meaning he did not work out a deal with prosecutors and had to plead guilty to all counts.

Authorities say Guilford fell asleep after utility work briefly halted traffic on Interstate 10 near Palm Springs. His truck did not begin moving when traffic started flowing again. The tour bus, carrying gamblers back from a desert casino, slammed into the rear of his truck at 76 mph (122 kph), killing the bus driver and a dozen passengers. Twenty-nine people were injured.