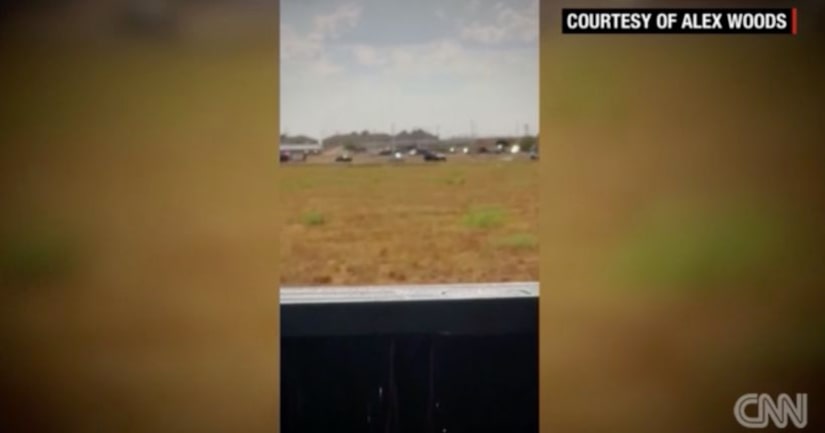 ODESSA, Texas (KFOR) -- A man who was pulled over by Texas troopers shot at them with a rifle and sped away, setting off a terrifying rampage that ended with seven victims and the shooter dead, police said.

After he opened fire during a traffic stop Saturday in Midland, the gunman drove on the streets and the highway, spraying bullets randomly at residents and motorists.

He then hijacked a postal truck and ditched his gold Honda, shooting at people as he made his way into Odessa about 20 miles away. There, police confronted him in a movie theater parking lot and killed him in a shootout.

About 20 people were also injured. Those included a 17-month-old girl and three law enforcement officers, hospital and police officials said.

It's unclear why police pulled over the unidentified gunman or what his motive was. Odessa Police Chief Michael Gerke described him as a white male in his 30s but declined to provide additional information.

The attack during the busy Labor Day weekend put people on edge in a state where a gunman killed 22 less than a month ago at a Walmart in El Paso, about 285 miles west of Odessa.

MORE: A shooting rampage that left 7 dead started with a traffic stop in West Texas - KFOR 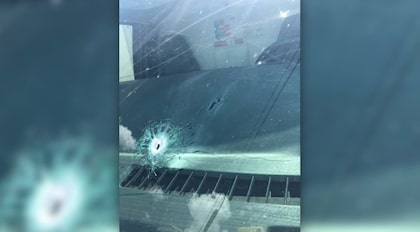