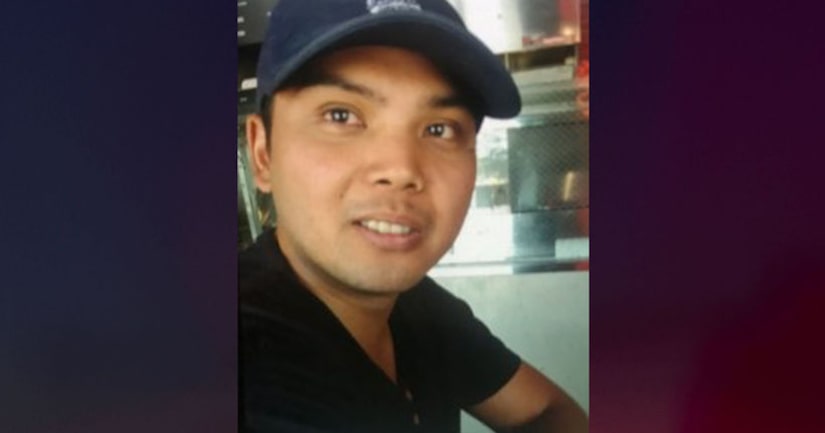 LOS ANGELES (KTLA) -- Two men were charged with murder Thursday in connection with the disappearance of a firefighter from West Covina whose remains were apparently burned after he was killed during a robbery, authorities said.

Elijah Rouse, 18, Shaun Cardarelli, 36, each face one count of murder along with special circumstance allegations of murder during the commission a robbery, and that they used a knife in the killing, according to a news release from the Los Angeles County District Attorney's Office.

They appeared Thursday in a Pomona courtroom, where their arraignments were continued to Sept. 24.

If convicted, Rouse and Cardarelli face the possibility of the death penalty or a life in prison without parole. Prosecutors will decide at a later date whether to seek capital punishment.

The two are suspected of killing 28-year-old John Brian Mananghaya Aguila on Aug. 22, the same day he disappeared, prosecutors said.

He was last seen leaving his girlfriend's house in La Puente around 4:30 p.m., according to the West Covina Police Department.

Aguila was reported missing after he failed to return home and never showed up to his job as a part-time firefighter for the Bureau of Land Management.

Evidence recovered during a SWAT team search of Rouse's residence in La Verne on Tuesday morning led investigators to believe that Aguila's disappearance is connected to a burned body found in Upland last Friday.

Authorities have not positively identified the remains as those of Aguila, according to West Covina police Cpl. Rudy Lopez.