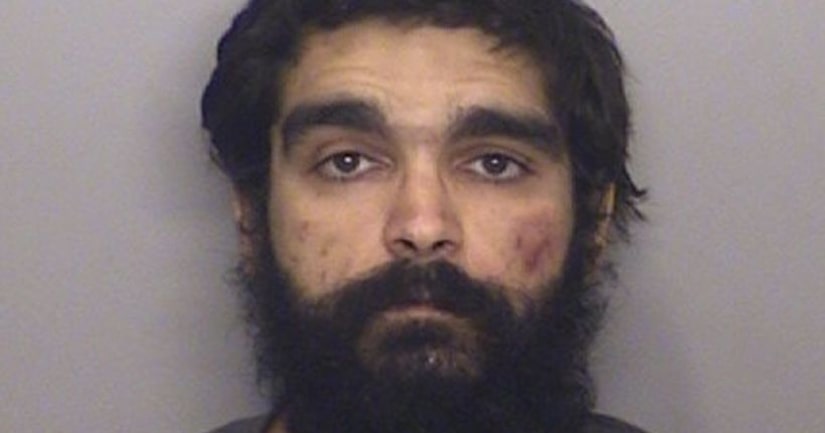 COLTON, Calif. -- (KTLA) -- Detectives arrested a 32-year-old man on Thursday who they say used social media apps to send sexual videos to a 10-year-old girl and attempt to meet her for sex, as as well keeping a cache of child pornography, authorities said.

Investigators arrested Rene Gabriel Lamadrid about 9 a.m. at his Colton home, according to the Fontana Police Department and San Bernardino County booking records.

Members of the Internet Crimes Against Children Task Force learned Lamadrid had been in contact with a 10-year-old girl using social media apps including Snapchat and Likee, according to Fontana police Officer Daniel Romero.

“Despite the fact the suspect knew the victim was only 10 years old, he was attempting to meet the victim at a specific location or pick her up from school to engage in multiple sexual activities,” Romero said in a written statement. “The suspect sent the victim videos of himself performing sexual acts through these cellular telephone applications and attempted to solicit her to send him videos.”