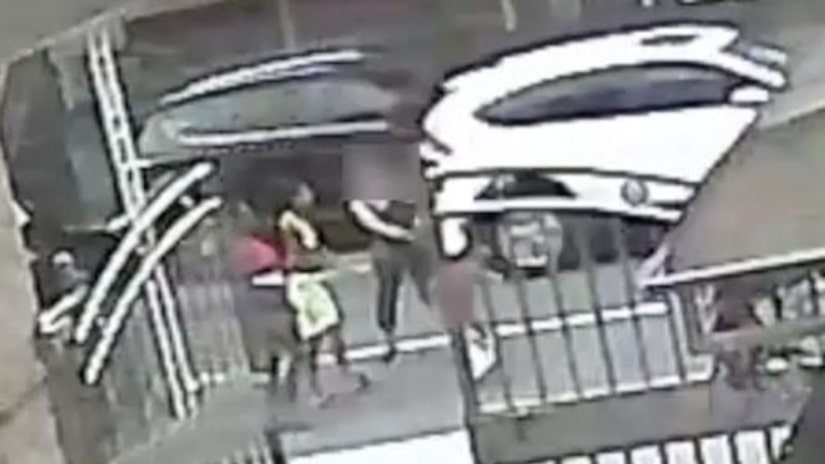 QUEENS, N.Y. -- (WPIX) -- Four teens are wanted by police after they were caught on camera attacking a woman on a Queens street with her own cane after yanking it away from her, authorities said.

Police said the four teens, believed to be two males and two females, approached the 67-year-old woman around 8 p.m. on Sunday, Aug. 4, near the corner of 169th Street and Highland Avenue in the Jamaica Hills neighborhood in Queens.

Surveillance video released by the NYPD shows a struggle as the group of teens tried to take the woman's cane she used to walk.

Once the teens successfully took the victim's cane, she was pushed to the ground and the teens hit the woman with her own cane as she was on her knees, police said.

The group also stole the woman's cellphone out of her hand during the attack, according to authorities.

FULL STORY: Teens steal 67-year-old woman's cane and beat her with it in Queens: Police - WPIX