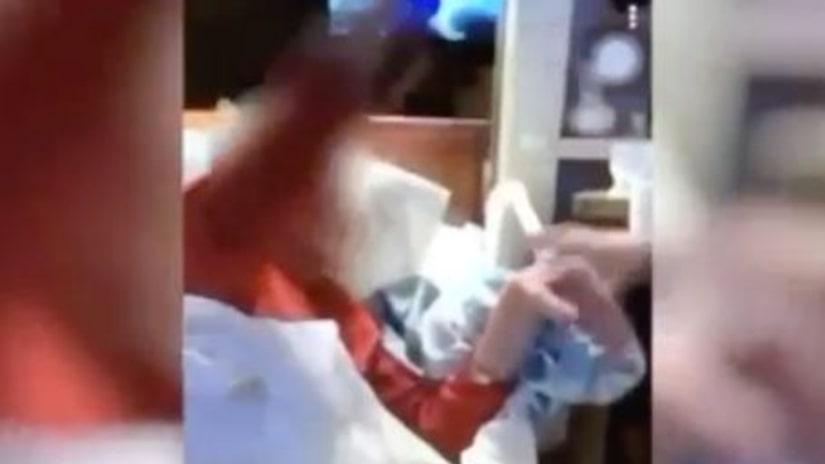 A Snapchat video given to authorities shows two individuals tossing a hospital gown on an elderly woman as she tries to waive it away.

The family found out about the video in December, and they are now suing the nursing home. Joan Biebel is the daughter of Margaret Collins, the elderly dementia patient in the video.

"To post it on Snapchat, saying 'Margaret hates hospital gowns' with two laughing emojis, I mean how sick is that," Biebel said.