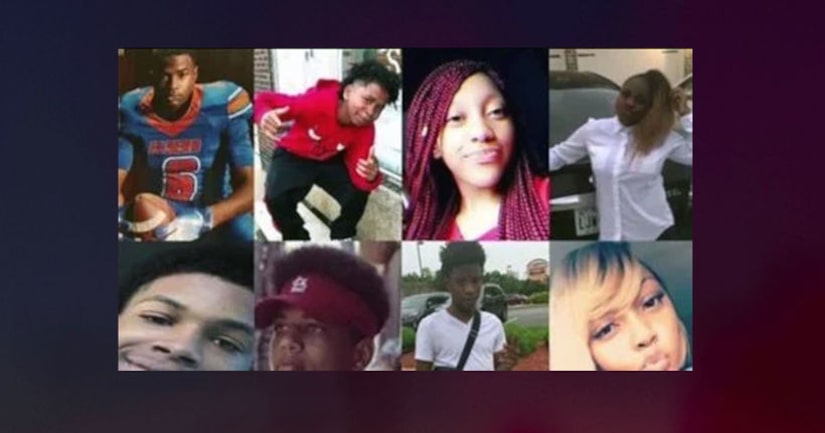 ST. LOUIS (KTVI) -- Jurnee Thompson will not be with her classmates at Herzog Elementary on Monday. The 8-year-old girl was shot and killed on Friday following a football jamboree at Soldan High School. A crisis team will instead be at the school to help comfort those in mourning.

The day after the elementary student was killed, St. Louis city officials announced $25,000 rewards would be available for anyone with information that could solve the recent killings of four St. Louis children. The reward offers end September 1.

The shooting death on Friday and a gunshot heard by Friday night visitors to a football jamboree at Parkway North High School are prompting some area high school football coaches to take steps to keep their players and fans safe.

Cardinal Ritter head football coach Brandon Gregory told his players to stay away from area high school football games unless they were playing in the game. He said, “Unless they're playing, you're not going to go to any games just because there's so much going on that anything can happen. Even though we're not bad guys, bad things are happening.”

“With what went on this past weekend we're really going to tighten up our security and it's not just us,” said East St. Louis High School Athletic Director and Head Football Coach Darren Sunkett. “I'm sure everyone else in the area is as well. You just have to go the extra step to make sure your kids and fans are in a safe environment.”