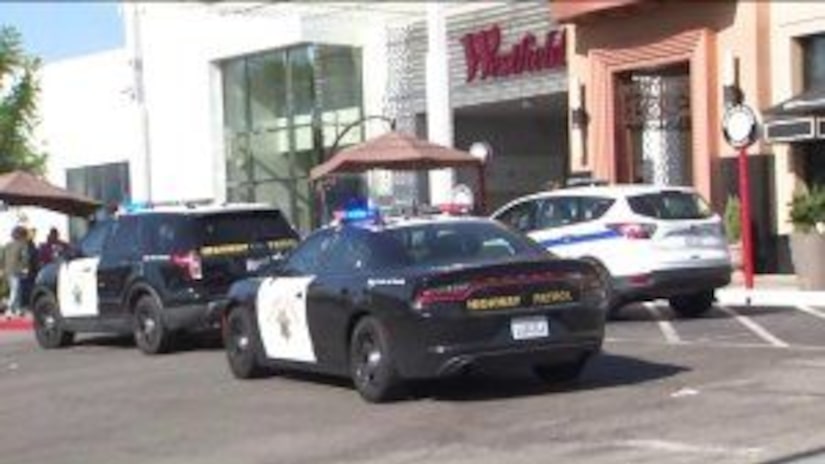 CANOGA PARK, Calif. -- (KTLA) -- Authorities investigating reports of gunfire at a mall in the Canoga Park neighborhood of Los Angeles Sunday afternoon said they found "no evidence of a shooting" and believe the incident may have been a robbery.

Two unidentified people were taken into custody, according to the Los Angeles Police Department.

People reported hearing shots fired at the Westfield Topanga and The Village shopping mall on 6600 Topanga Canyon Boulevard at about 3:15 p.m., according to LAPD Officer Cervantes.

Police described two male suspects being involved in the incident.

Social media users reported running out of the mall and cramming into storage areas.