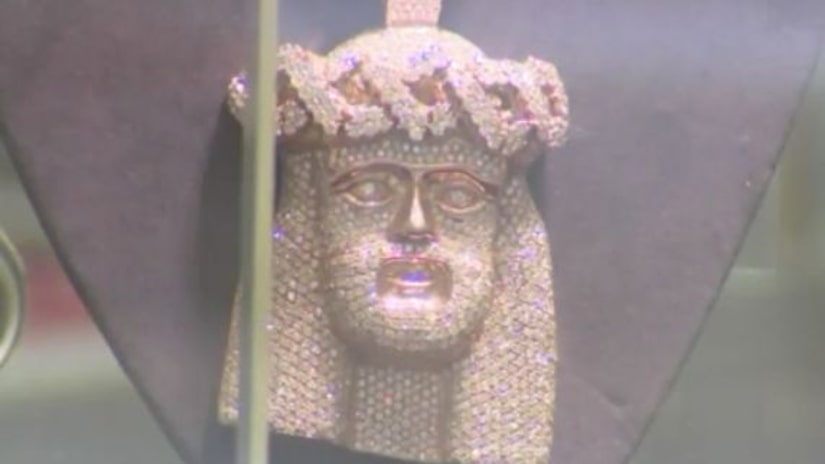 The robbers pulled out guns in Avianne Jewelry just after noon and zip tied four employees, police said. They cleared out the safe as well as several display cases

The three men fled on foot toward Fifth Avenue. Some of the loot was stuffed in a stolen Avianne backpack.

Police would not confirm how much was taken.

The owners spoke with police all day, but complained that there's never enough police presence on West 47th street at the heart of the Diamond District

Those who work nearby were shocked by the brazen robbery.