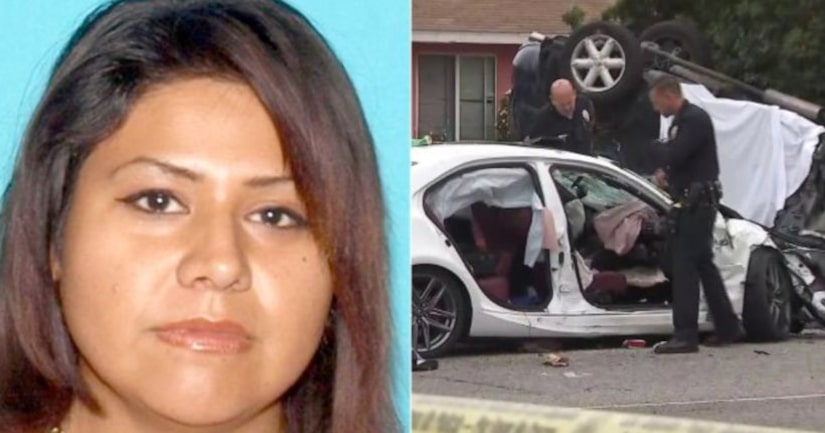 LOS ANGELES (KTLA) -- Officials have taken a woman into custody after she allegedly walked away from the scene of a deadly Father's Day crash in North Hills and proceeded to flee to Mexico, Los Angeles police said Sunday.

LAPD planned to discuss the arrest of Maritza Joana Lara, 27, of Van Nuys, at a Tuesday morning news conference, where a victim's family member was set to speak.

Lara was apprehended in Mexico before the U.S. Marshals arrested her at the Los Angeles International Airport, LAPD said. L.A. County inmate records indicate Lara was booked on Aug. 17, and that she's being held on $2,230,000 bail.

LAPD last reported the surviving victims to be in stable condition. Authorities have not disclosed the relationship between Lara and her passengers.