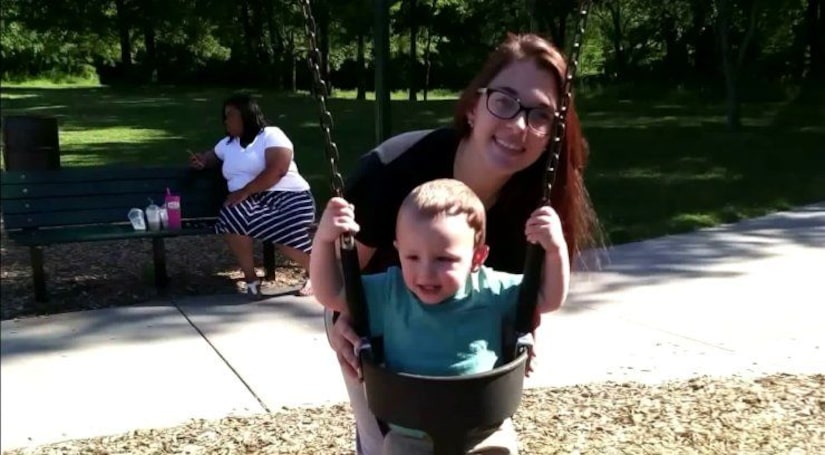 KANSAS CITY, Mo. (WDAF) -- It's been two months since a young mother was shot and killed in Kansas City.

The person charged with killing 19-year-old Breana Robison had his first court appearance Wednesday at the Family Justice Center. The accused killer is only 14 years old.

Panos and a handful of family and friends sat in on the first court appearance of her daughter's accused killer wearing one of a kind shirts.

"The back," Panos explained, "actually says 'Justice for Breana' and so that's what we're hoping to get!"

And the front is a picture of Robison's smiling face holding her now 4-year-old son.

"I want to make Bre proud," Panos said, "make sure she knows her son's getting every bit of love he could possibly need."

Panos said her daughter was a good mom when she wasn't caught up with the wrong people. Robison battled a drug addiction and mental health issues.