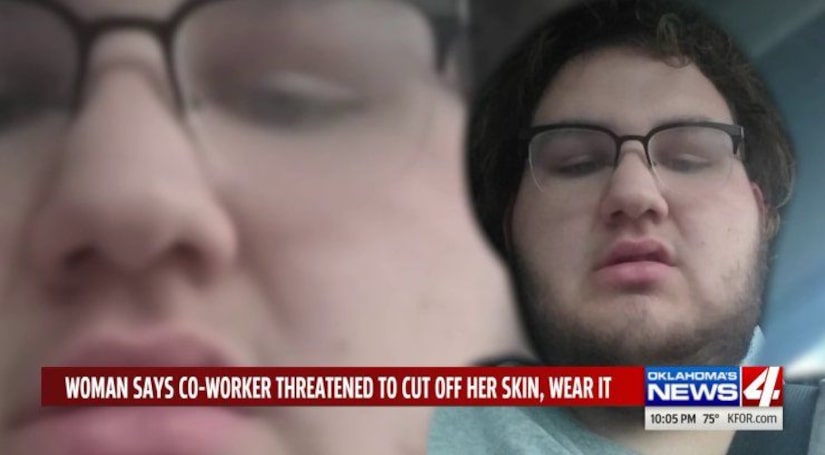 ADA, Okla. (KFOR) -- A Pontotoc County man is off the job for threatening to injure a woman at the Ada Retirement Care Center after allegedly saying he would skin his coworker while she was alive.

A co-worker called 911 after she says she was threatened on the job at a Pontotoc County nursing home.

According to an Ada police report, 21-year-old David Morrison allegedly told his co-worker “he could kill her five different ways."

He also threatened “he could cut off her skin while she was still alive and wear it.”

All of it allegedly happening in front of a patient.

Visibly shaken, the co-worker says she ran to tell her boss saying, "she was scared of him after the incident.”