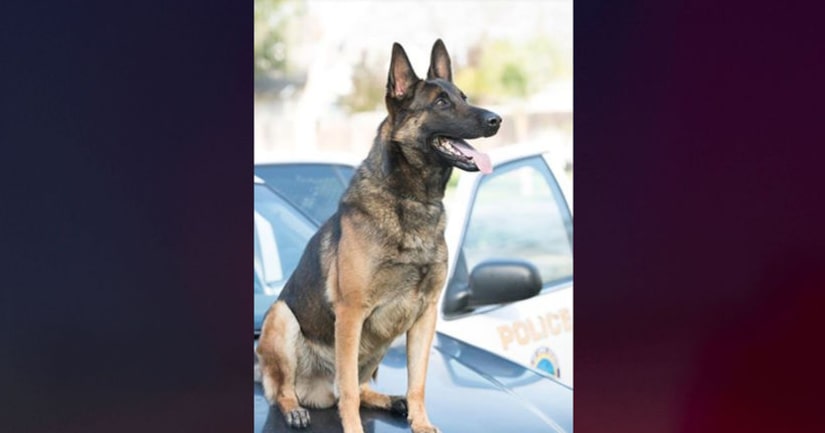 LONG BEACH, Calif. (KTLA) -- A Long Beach K-9 was found dead last week after being left in his handler's car in what police on Friday characterized as an unfortunate accident.

K-9 Ozzy was inside the officer's department issued K-9 vehicle when his handler found him dead at approximately 3:40 p.m. on Aug. 4, according to a statement from Long Beach Police Department public information officer Arantxa Chavarria.

The police dog and the handler were both off-duty at the time, Chavarria told KTLA in an emailed statement.

It was unclear how long Ozzy had been left in the car before he died. The Los Angeles Times reported that mid-afternoon temperatures that day in Long Beach were between 81 and 84 degrees.