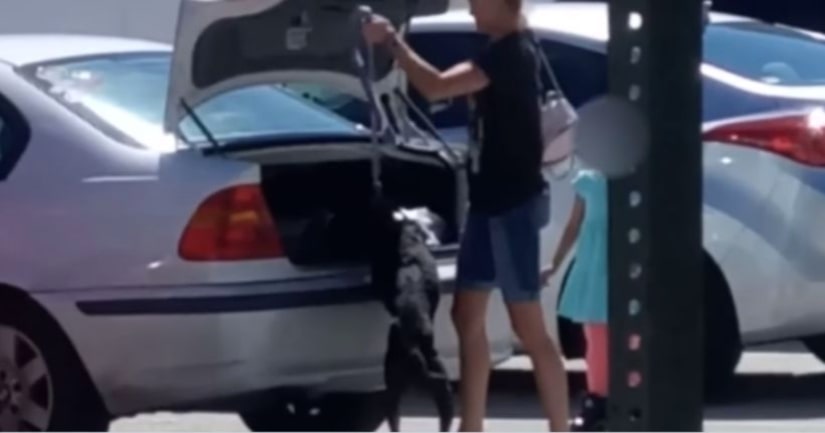 COCOA, Fla. (WJW) -- A Florida woman faces felony charges after being accused of shoving her emaciated dog into the trunk of a hot car.

Fox 35 Orlando reports Sara Ann Perry was arrested on a charge of felony animal abuse Thursday after a video surfaced showing the whole incident. A young girl stood by while the woman put the dog into the trunk.

The incident happened Wednesday in the parking lot of Brevard County Humane Society. Witnesses said they saw Perry take the dog out of the trunk, walk toward the building and then return to the car and shove the dog back inside the trunk.

According to officials at the humane society, Perry tried to surrender the dog or have it euthanized. The shelter, however, does not euthanize dogs, and it was full. The staff gave Perry alternative locations to take the dog before she went back to the vehicle.