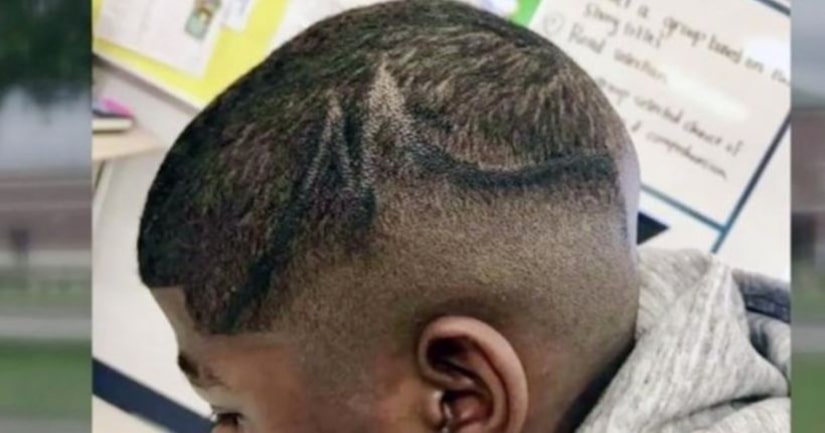 HOUSTON (KSTU) -- The parents of a middle school student are suing a Houston-area school district and school officials in federal court for allegedly coloring in his hair design earlier this year with a black permanent marker.

According to the lawsuit filed Sunday, officials at the Berry Miller Junior High in Pearland, Texas, claimed the design in the then-seventh grader's haircut violated the Pearland Independent School District's dress code policy.

The suit alleges, “They laughed as they took many minutes to color 13-year-old J.T's scalp which took many days of scrubbing to come off.”

Lawsuit says incident came day after haircutThe lawsuit says Juelz Trice got a fade haircut April 16 and the next day when he was in the cafeteria for breakfast he was told by an assistant principal to go to the office.

The civil rights lawsuit names the then-assistant principal Tony Barcelona (since promoted to principal), discipline clerk Helen Day and teacher Jeanette Peterson as defendants as well as the school district.

CNN has reached out to the individuals named in the lawsuit and has not immediately heard back.

The boy, who is African-American, allegedly was given two options by the two administrators.