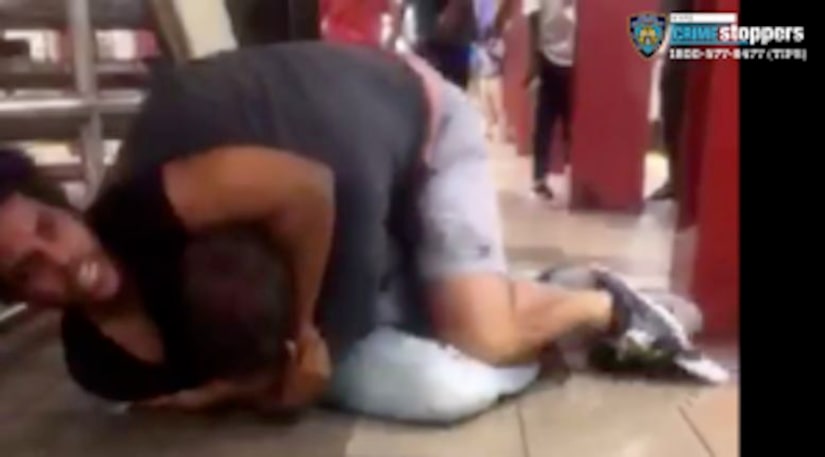 The attacker walked up to the 48-year-old victim and punched him in the night on Friday evening inside of the Utica Avenue A/C station, officials said. Surveillance video shows the victim being wrestled to the ground in a chokehold. He dropped $200 while being assaulted. The attacker took the victim's cash and fled the station.

Police have asked for help identifying the attacker. He's believed to be in his early 20s. The man is around 5 feet, 6 inches tall, He was last seen wearing a black shirt, light colored blue jeans and gray sneakers.