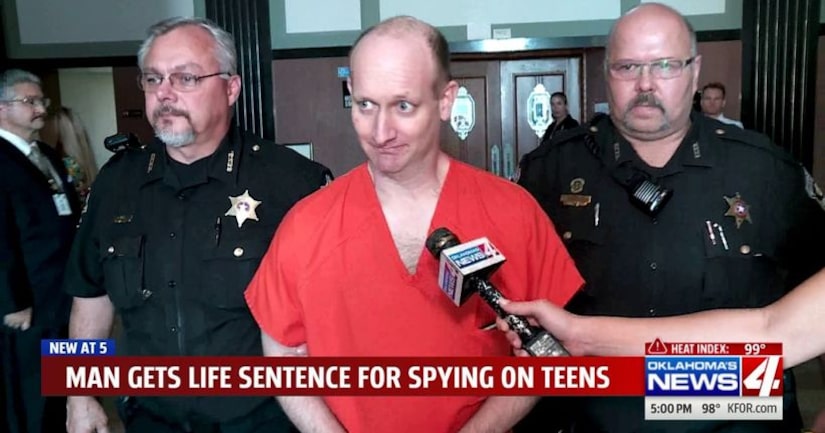 OKLAHOMA CITY (KFOR) -- A man accused of secretly recording video of a "staggering" number of victims in their homes and in public places pleaded guilty to the crimes and was given a life sentence Wednesday.

Ryan Alden said afterward that he thinks he probably deserved the sentence for what he did.

He was working for a company that installed security systems in peoples' homes. When the investigation began, cameras were found hidden in a Nichols Hills family home and an Oklahoma City family's home. The cameras were installed behind vents pointing into the children's bedrooms and bathrooms.

In his sentence hearing, a prosecutor with the state said investigators searched his computers and cell phones and found countless videos of more victims, many yet to be identified. An officer with the Edmond Police Department testified that there was enough video to fill 12 spindles of compact discs.

The videos were not only from other cameras in family's bedrooms and bathrooms, but Alden was allegedly taking secret video up women's skirts at restaurants, athletic centers, even churches around the Oklahoma City metro area.

Several victims or victims' loved ones gave or read statements for the judge Wednesday. Some of the statements read were written by teenage victims who said their memories of high school, moments they felt they were safe in their home, were destroyed. Several said the trauma would mean years of therapy, and that they would always wonder if their image was out there on the internet floating around for people to see.