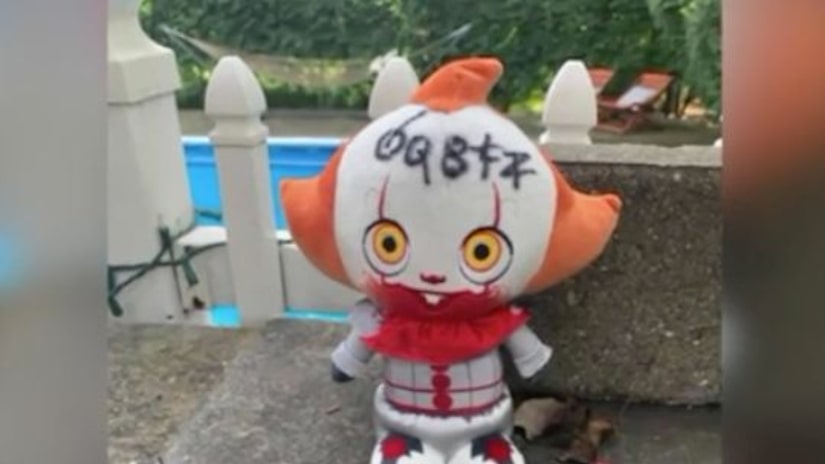 HARRINGTON PARK, N.J. -- (WGN) -- A New Jersey woman said she was so frightened by a creepy clown doll after it inexplicably flew into her backyard that she slept with a knife by her bed this weekend, just in case.

The doll, which is sold in stores, is Pennywise from Stephen King's books and the movie "IT." It had blood around its mouth and strange black marks on its forehead.

"I happened to be looking up and we just saw this object come out of the sky," Renee Jensen of Harrington Park said.

Jensen and her boyfriend were sitting poolside on Saturday afternoon when it dropped beside her fence. She said it came from way too high up to be thrown by someone and it did not fall through the tree branches that cover her backyard, so how it fell down and where it came from is still a mystery.

FULL STORY: Woman scared by Pennywise doll in her yard says she burned it, slept with a knife - WGN