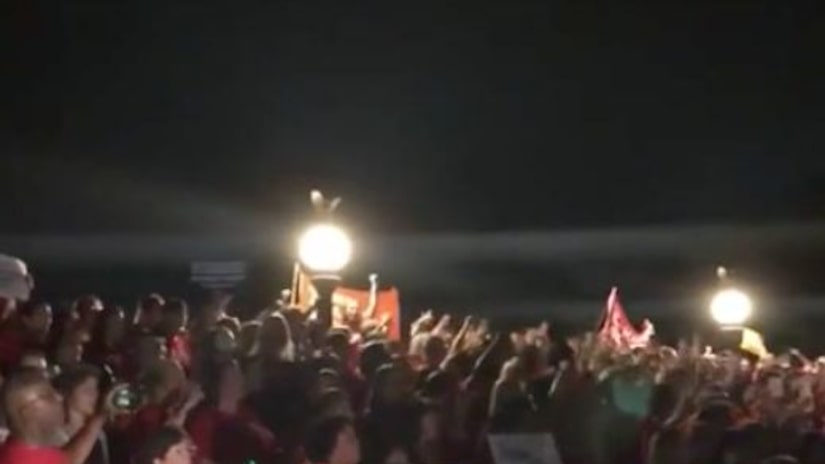 CHICAGO -- (WGN) -- Authorities this weekend announced they had foiled three potential mass shootings after arresting three men in different states who expressed interest in or threatened to carry them out.

All three cases were brought to authorities' attention thanks to tips from the public.

Here's what we know about them.

Police say he had the motivation and the ammunitionIn Connecticut, 22-year-old Brandon Wagshol was arrested after authorities said he had expressed interest in committing a mass shooting on Facebook, according to a statement from the FBI and the Norwalk Police Department.

He faces four charges of illegal possession of large capacity magazines, and is being held on a $250,000 bond. He is scheduled to appear in court September 6.

According to the statement, authorities received a tip that Wagshol was trying to buy large capacity rifle magazines from out of state.

As the FBI and the Norwalk Police Department were investigating the tip, they discovered Wagshol was trying to build his own rifle and had allegedly posted on Facebook about his interest in committing a mass shooting, the statement said. Authorities did not provide details on what the post said.

Authorities executed a search warrant at his home and found multiple weapons, including a handgun, a rifle, a rifle scope with a laser, numerous rounds of ammunition, body armor, a ballistic helmet and other tactical gear, police said. Some of the weapons were registered to Wagshol's father, but he had access to them, authorities said.

CNN has reached out to the prosecutor and defense attorney.

FULL STORY: There could have been 3 more mass shootings if these weren't stopped, authorities say - WGN