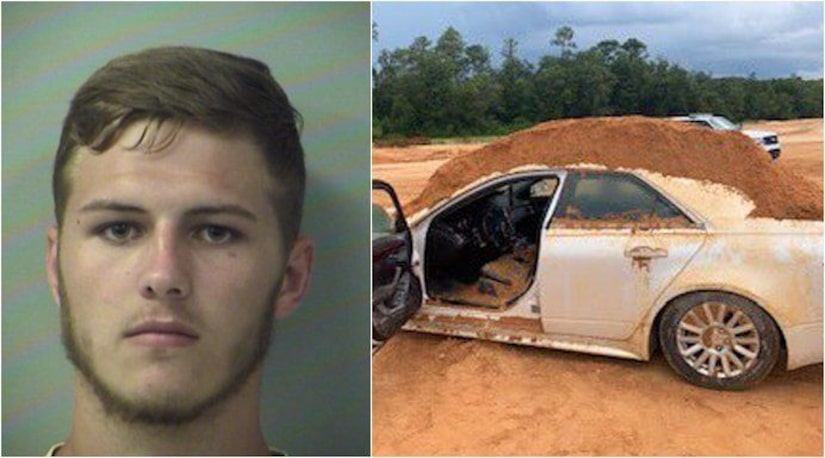 CRESTVIEW, Fla. (WXIN) -- A Florida man faces a felony charge after authorities say he used a front loader to dump dirt on a car his girlfriend was driving.

Hunter Mills, of Crestview, got behind the wheel of the tractor after she showed up in someone else's 2010 Cadillac and wouldn't answer a question, according to the Okaloosa County Sheriff's Office.

Unfortunately for the car's owner, the windows were down and dirt covered the driver's seat. It also got into the air vents, the power windows and center console, according to WTVT. The incident left scratches over the entire Cadillac.

MORE: Florida man accused of dumping dirt on car girlfriend was driving after she refused to speak to him - WXIN