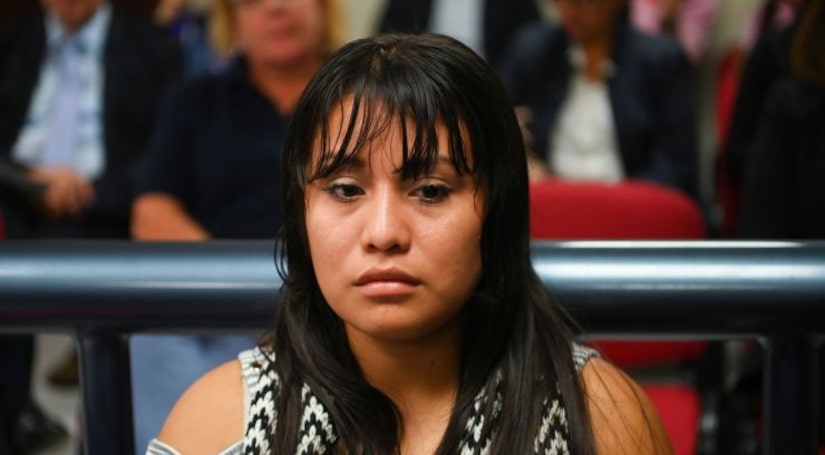 EL SALVADOR (WPIX) -- The retrial of a teenage rape victim will resume on Thursday in El Salvador, in a case that has drawn global attention to the country's strict anti-abortion laws.

Evelyn Beatriz Hernandez, now 21, will return to the Ciudad Delgado courtroom, after being accused of inducing an abortion and convicted of aggravated murder when she was a teenager. She pled not guilty to these charges when the retrial began last month.

“I didn't know I was pregnant,” Hernandez told reporters outside the court house at the time. “Had I known I was pregnant, I would have awaited the baby with pride and joy.” Her defense team has said that her pregnancy was the result of a rape.

In April 2016, Hernandez was rushed to a local emergency room in her hometown of El Carmen, roughly 40 kilometers east of the capital, by her mother and a neighbor. She had been found on the floor of her bathroom drenched in blood and she was diagnosed with hypovolemic shock.

Doctors who examined her saw signs of a delivery, but no baby. They reported her to the authorities, her defense team told CNN. When local officials arrived at her home five hours later, they found the newborn dead in a septic tank.

A year later, Hernandez was put on trial and convicted to 30 years in prison for killing the child. Prosecutors at the time claimed she had induced an abortion and left the baby for dead.

Abortion illegal under any circumstance

Abortion is illegal in El Salvador under any circumstance, including when the pregnancy poses a risk to the mother or in cases of rape. Depending on the charge, Salvadoran women who are suspected of having an abortion or an induced miscarriage can face serious charges including aggravated homicide, with sentences ranging from two years in prison to up to 50 years, according to Amnesty International.

Hernandez's will be the first abortion case to be tried since Nayib Bukele became president in June. During a campaign event last October at a local university in San Salvador, Bukele said he was anti-abortion but that he didn't agree with convicting poor women who suffer miscarriages.