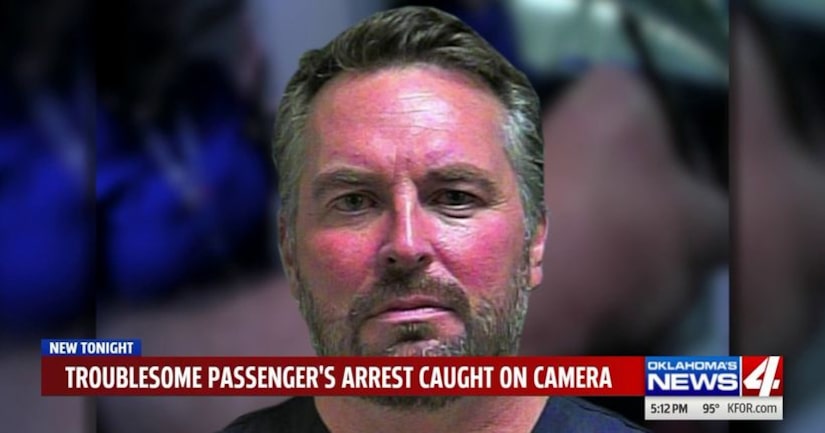 OKLAHOMA CITY (KFOR) -- Those on a flight from Dallas to Oklahoma City Monday night experienced some turbulence in the atmosphere - not turbulence caused outside the plane, this turbulence was inside.

According to a police report, the plane's captain was "very upset at [Norton's] behavior" because there were "so many children of all ages on this flight."

"I was two rows in front of him and I turned around and I said, 'You need to stop. There's kids on this plane, you need to shut up,'" said another witness.

That witness says Norton did not handle her advice well and began cursing at her.

But, she told police she felt like they just had to say something.

"Even the back row they were like, 'Thank you so much. We were scared to death because the landing gear had just dropped,'" the witness said.

According to police, Norton had a "very strong odor" of alcohol coming from him and his speech was slurred.