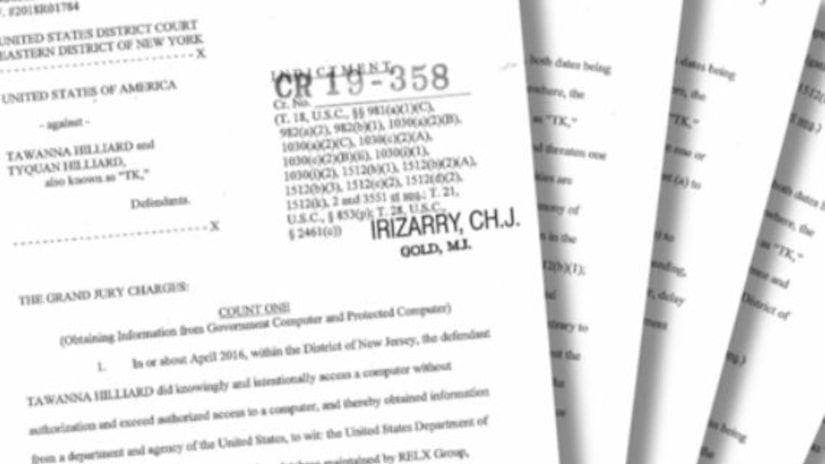 BROOKLYN, N.Y. -- (WPIX) -- A Brooklyn mom who works for the U.S. Attorney in New Jersey is accused of acting as a mole for her gang member son, officials said.

Tawanna Hilliard, 44, was charged with illegally obtaining information from a government computer. The indictment alleges she "knowingly and intentionally accessed a computer and exceeded authorized access" to get the names of blood gang member informants.

The informants Hilliard allegedly outed were put on a Blood gang hit list.

Hilliard was also charged with conspiracy to tamper with a witness and obstruction of justice.

Retired Bergen County Detective Joe Viola said situations like these were his worst nightmare when he was with the gang unit. He knows hard hard it is to get a gang member to flip — and the consequences they face when they do.

Hilliard is out of jail after posting $75,000 in bail and agreeing to house arrest pending the outcome of the case.