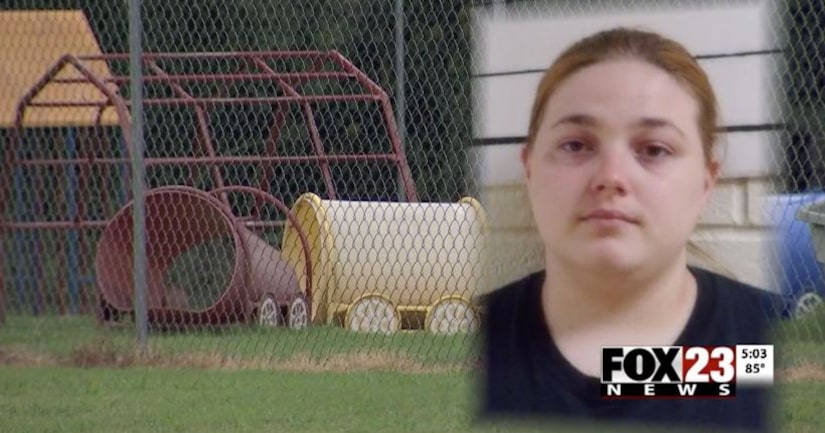 MUSKOGEE, Okla. (KFOR) -- A day care employee was fired and arrested after allegedly slamming a child onto the ground and then placing a blanket on top of the child's head.

Police say it started when the child's parent called 911 after watching a security camera video of Rebecca Isham allegedly slamming their child onto the ground. Isham then reportedly placed a blanket on top of their child's head in a non-smothering manner.

“The parent was on scene at Oak Tree for the reason as to some kind of suspicion and requested to see the video there,” said Jeramie Garcia with the Muskogee Police Department.

Police were called to watch the video at Oak Tree Academy in Muskogee and Isham was placed under arrest.

“Patrol division observed some video footage of an employee aggressively laying a child down,” said Garcia.

The owner of the day care fired Isham after watching the video and says the incident is “a gross violation of DHS regulations.”