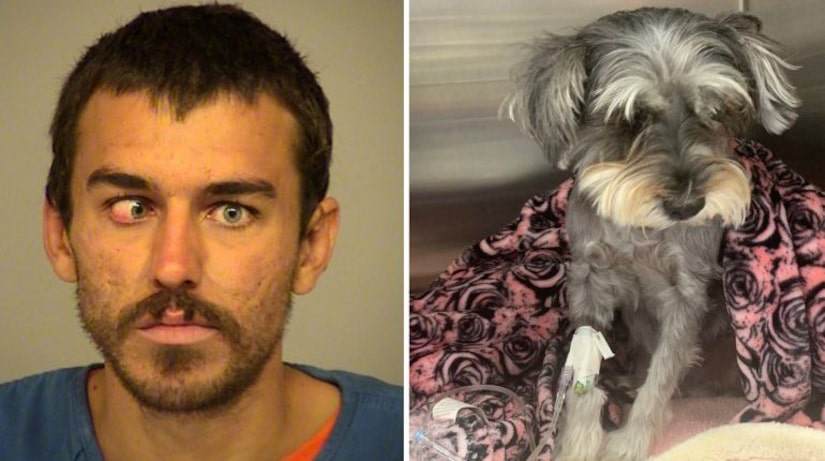 PORT HUENEME, Calif. -- (KTLA) -- A man was arrested on suspicion of kicking and badly injuring a beachgoer's dog and then fighting with lifeguards in Port Hueneme, authorities said Monday.

Dylan McTaggart, 25, approached a beachgoer and her small dog from behind on Aug. 9 in the 500 block of East Surfside Drive, and without provocation, kicked the dog about “15 feet into the air,” the Port Hueneme Police Department said on Facebook.

The dog, Sophie, was kicked with so much force that her lung collapsed and her heart was displaced. The small dog went into shock and was left unconscious, authorities said.

Port Hueneme Lifeguards tried to intervene but McTaggart started “throwing punches” at them, according to officials.

Police officers arrived at the scene shortly before 2 p.m. and found McTaggart involved in an altercation with the lifeguards in a parking lot on the east end of the waterfront, according to the department.