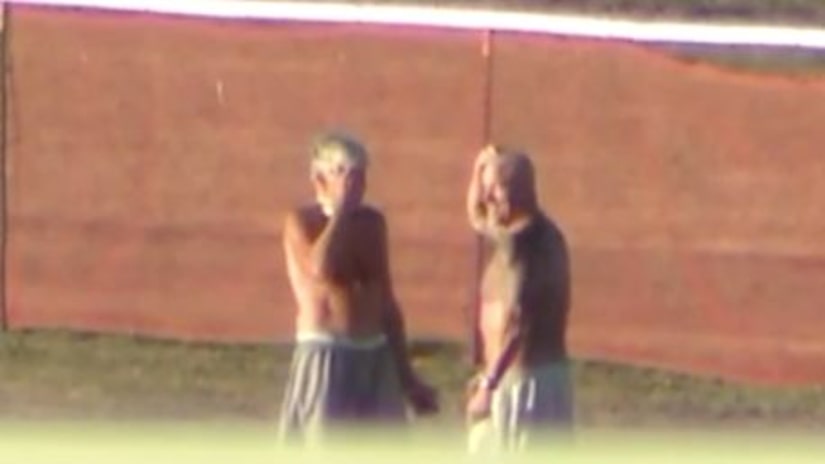 LITTLETON, Colo. -- (WGN) -- Former Illinois Gov. Rod Blagojevich remains in a federal prison in Colorado even though President Donald Trump hinted he might set him free.

The ex-governor's family responded to a report that he made it all the way to being processed out of federal prison, before the administration backed-off on commuting his sentence.

“The family is grateful to President Trump, and they are hopeful that their 11-year nightmare might soon be over. We will refer any of these specific questions to the Bureau of Prisons.”

New video from WGN's sister station in Colorado shows Blagojevich exercising outside on the prison grounds of the Federal Correctional Institution-Englewood over the weekend. He was shirtless and sporting a full head of gray hair. However, there has been no sign that he may be released, despite the president's statements.

Blagojevich isn't housed in the main prison complex at the prison, and is instead in a smaller annex a short distance away, surrounded by a fairly low fence, where inmates get to enjoy some perks. Some get up to 16 hours a day in the exercise yard.