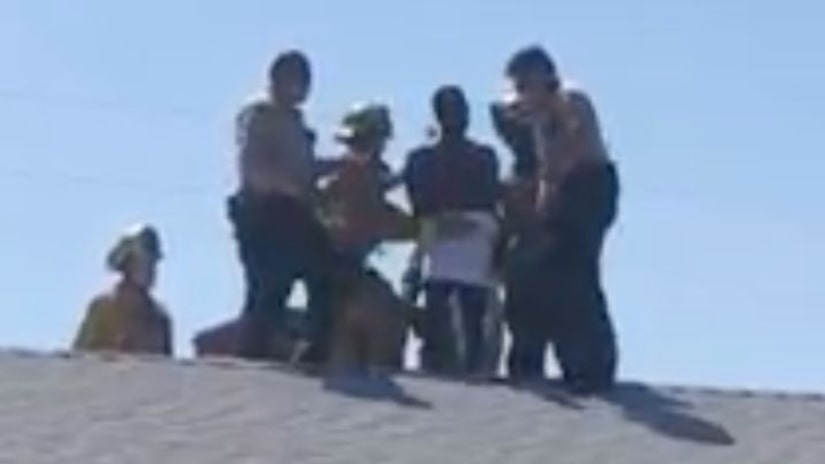 CULVER CITY, Calif. -- (KTLA) -- A Culver City couple chased a naked burglary suspect from their home before he was found stuck in the chimney of a home in neighboring Ladera Heights on Sunday morning, authorities said.

The incident began about 7:40 a.m. when a woman encountered a nude intruder inside her home in the 5600 block of Canterbury Drive, Culver City Police Department Officer Jonathan Flores told KTLA.

The woman's husband confronted the man, who ran away following an argument, the officer said.

Police were still searching for the man when Los Angeles County Sheriff's Department officials received a report about 40 minutes later of a naked man stuck in a chimney of a home near Wooster Avenue and 61st Street, just across the city border in Ladera Heights, according to Flores.

Los Angeles County Fire Department firefighters responded to help free the suspect before he was arrested on suspicion of burglary, Flores said.

The suspect, whose identity was not yet available, was seen in a witness' video claiming that someone had laced his drunk with drugs the previous night.

“I would never run around in front of everybody buck naked,” the man said. “I'm not crazy.”