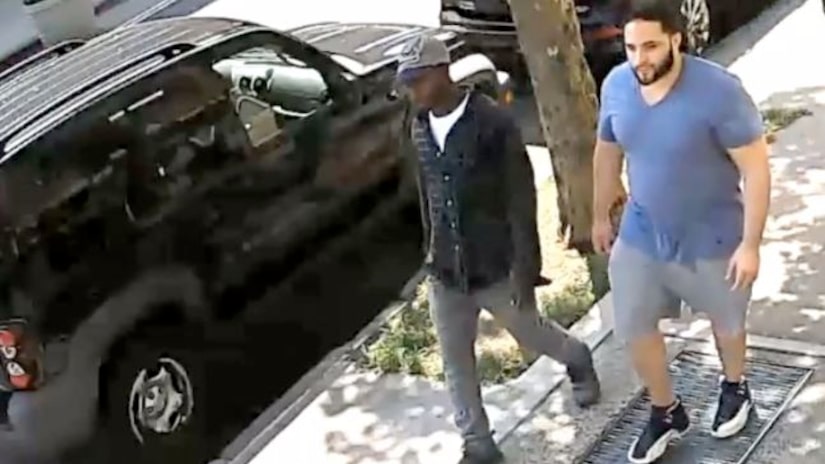 He was on the stairs in the Clinton/Washington Avenues station on Aug. 1 around 10:50 a.m. when a man punched him in the back of the head, officials said. The victim tumbled down the stairs and landed on the floor, unconscious.

The attacker and another man with him took the victim's backpack containing his wallet, headphone, watch, Bluetooth speaker and cell phone. The victim's jaw was fractured and two of his ribs were broken. He also suffered a laceration to the back of the head.

Police have asked for help identifying the men involved.