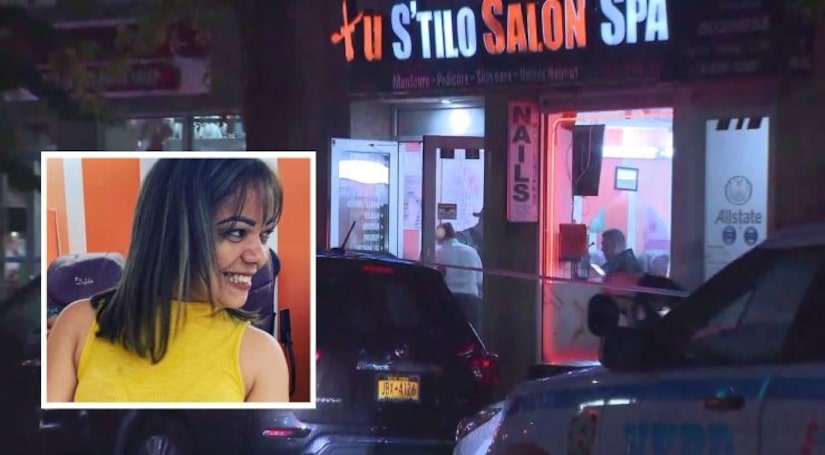 JACKSON HEIGHTS, Queens (WPIX) -- A Queens man was arrested after allegedly stabbing his wife to death in the salon where she was working Wednesday night, police said Thursday.

Officers found Carmen Iris Santiago, 35, on the floor of the Jackson Heights salon around 7 p.m. with multiple stab wounds to her torso, officials said.

She was rushed to NYC Health + Hospitals/Elmhurst where she was pronounced dead, according to police.

Officials arrested William Rivas, 39, and say he'll be charged with murder and criminal possession of a weapon.

Santiago, who was a mother of two, was working at Tu S'tilo Salon, when her estranged husband came in from the back door, the salon's owner, Lourdes Salazar, told PIX11 News Thursday.

Salazar said Rivas seemed intoxicated when he entered the salon. The owner threatened to call the police and tried to stop him, but he pushed her to the floor, she said.

That's when he started stabbing his wife multiple times, Salazar said. Looking at his wife bleeding on the floor, Rivas then cut his own arms, according to the salon owner.