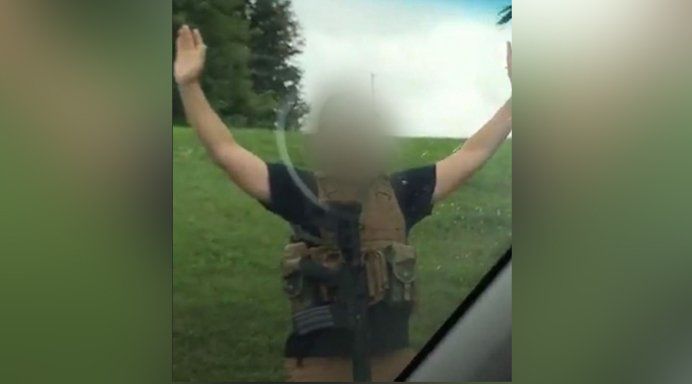 SPRINGFIELD, Mo. -- Police are investigating after an "armed individual" was arrested at a Missouri Walmart Neighborhood Market on Thursday evening.

Police said the man was wearing body armor and military fatigues when he walked into the store around 4:30 p.m., according to a report from KYTV. He was carrying a rifle, roughly 100 rounds of ammunition and was walking around the store recording video with a cellphone.

"His intent was not to cause peace or comfort ... He's lucky he's alive still, to be honest," Lt. Mike Lucas told KYTV.

A store manager pulled the fire alarm to evacuate shoppers in the store, the report states. An off-duty firefighter held the man at gunpoint until police could arrive and detain him.