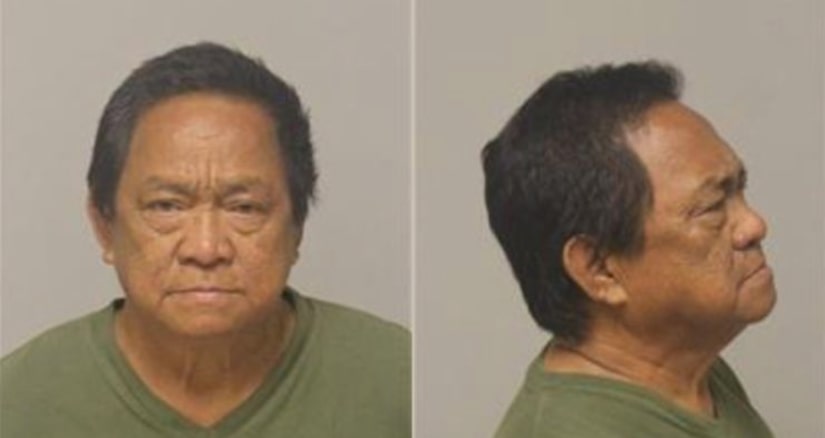 MINNEAPOLIS (KTLA) -- A 70-year-old man camping in a Walmart parking lot put a hot cook stove in his van, causing it to catch fire and spread to another van, burning two young sisters and killing one of them, authorities in Minneapolis said Wednesday.

According to the complaint, Hipolito and his wife slept overnight in their van outside a Walmart in Fridley, Minnesota, a northern Minneapolis suburb. Surveillance video shows Hipolito cooking something on the stove, then putting it in the van before going into the store.

The van caught fire and spread to an adjacent van where police say two girls were alone up to an hour Tuesday morning as their mother shopped at the store.

The girls' mother, 33-year-old Essie McKenzie of Coon Rapids, Minnesota, said Ty'rah was “such a bright kid” with “a huge personality,” and said her daughter “loved people.”

“My baby fought a good fight. She was so strong through the whole process. She was even stronger than I was,” McKenzie told WCCO-TV on Wednesday.

McKenzie told the station she let her daughters keep sleeping in the van while she ran into the store to grab something. The sheriff's office says McKenzie cooperated with law officers at the scene.

Fire investigators came to a preliminary conclusion that the fire started in the rear of Hipolito's Dodge Caravan and may have been caused by a cook stove recovered from the van, the complaint said.

When asked about the stove, Hipolito said he had not used it for several days, the complaint said. He later clarified that he had used the stove the previous night.