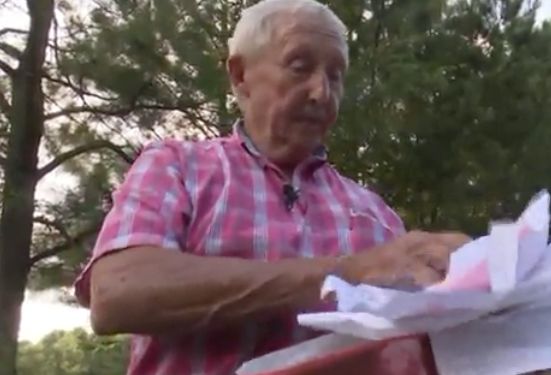 WHNT
WHNT - "Rollins says he's also asked county leaders about setting up cameras along the county road to capture pictures of anyone who illegally dumps."

JACKSON COUNTY, Ala. -- (WHNT) -- A man near Scottsboro says someone's been dumping in the ditch in front of his property. This time, it wasn't just beer cans, it was personal tax papers.

David Rollins only has to walk a few paces to find trash in the ditch. "I think it's got progressively worse over the past three years," he said.

The secluded road right off state route 40 is a frequent dumping spot. But most people aren't brash enough to throw out trash with their name on it.

"The boxes were stacked very neat on the side of the road," said Rollins.

Last week, Rollins was surprised to find nine boxes of old business papers including, "Canceled checks, some blank checks that hadn't been filled out except the signature."

The invoices were restaurant purchases for Whistle Stop Cafe in Kennesaw, Georgia. The phone number listed no longer works and the restaurant appears to have closed last year.

"I couldn't believe it."