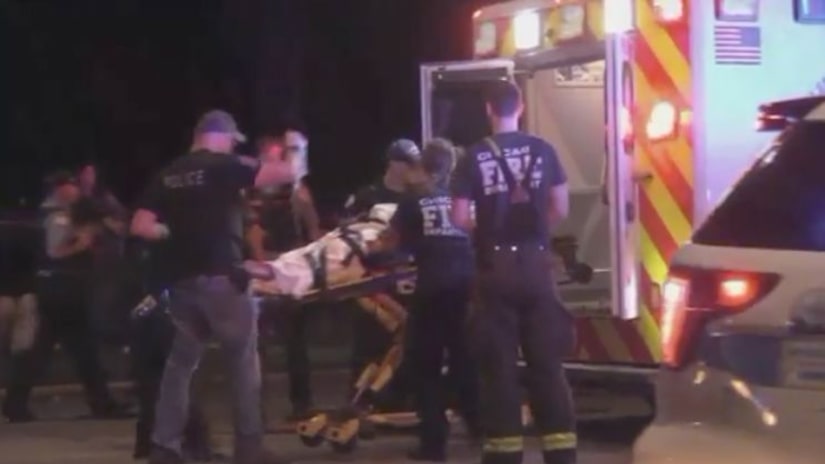 CHICAGO -- (WGN) -- One man is dead and 17 people were injured within three hours between Saturday night and Sunday morning during separate shootings.

The number of shooting victims overwhelmed Mount Sinai Hospital. They were so busy that they had to shut down the ER to treat people and had to turn other people away.

Seven people were shot early Sunday morning in Douglas Park on the city's West Side, according to police.

A group of people were barbecuing on the 2900 block of West Roosevelt Avenue around 1:20 a.m. when someone fired shots from a black Camaro.

Three women and four men were hit with bullets.

A man, 21, was taken to Mount Sinai Hospital in critical condition with a gunshot wound to the groin.

A woman, 25, was taken to Mount Sinai Hospital where she was stabilized after getting shot in the arm and leg.

A man, 20, was taken to Stroger Hospital where he was stabilized after getting shot on the right side of his body.

A woman, 19, was taken to Stroger Hospital where she was stabilized after being shot in the leg.