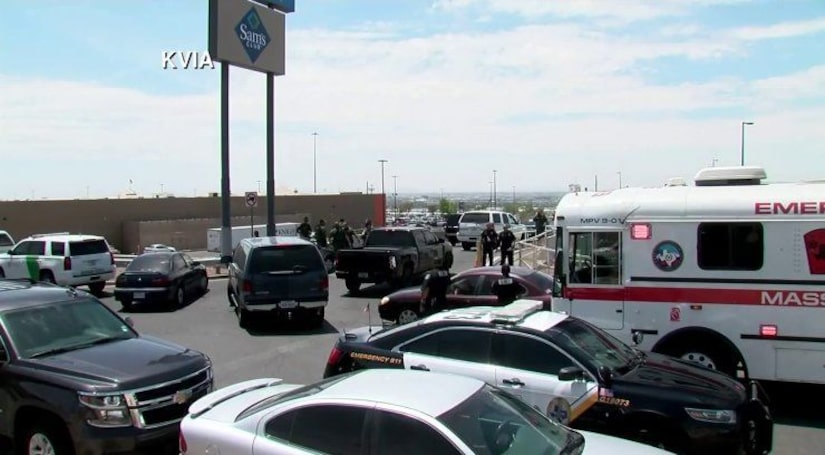 EL PASO, Texas (KTLA) -- Multiple people were killed Saturday in a shooting at a shopping center in El Paso, Texas, according to local officials.

Authorities do not believe there is an ongoing threat, Castillo told reporters.

One suspect is in custody, according to Sgt. Robert Gomez.

Police began receiving reports of an active shooter around 10 a.m. (noon ET), Gomez said in a brief news conference at the scene. Authorities were initially given multiple possible locations for the shooting, Gomez said, at both a Walmart and the Cielo Vista Mall next door.

They also received reports of an incident at a second mall, several miles away from the Cielo Vista mall, but they confirmed that scene was safe.

Multiple agencies, including the FBI and the local sheriff's department, have responded to the scene to assist El Paso authorities.

'You don't think it could happen here'

At least three businesses were on lockdown in the area, about three miles south of El Paso International Airport.

Landry's had already gone on lockdown, he said, but opened its doors when the employees ran there.

“We never thought it would be so close to us this time,” Collazo said. “You see [it] on the news all the time, but you don't think it could happen here until it does.”