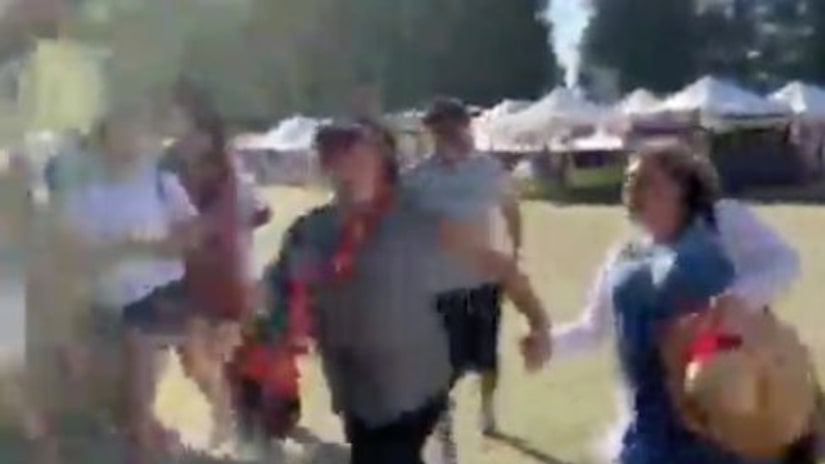 GILROY, Calif. -- (KTLA) -- Three people were killed and at least 15 others injured Sunday after a shooting that sent panicked people running at an annual food festival in Northern California. Also dead is the shooter, who used a rifle and gained entry to the packed festival by cutting through a fence to avoid the tight security, including metal detectors, police said.

Some witnesses reported a second suspect, Gilroy Police Chief Scot Smithee said, but it was unclear whether that person opened fire. Police confronted the gunman within a minute of shots being fired.

Witnesses reported confusion and panic as shots rang out at the Gilroy Garlic Festival in the city of 50,000 located about 80 miles (176 kilometers) southeast of San Francisco.

The shooting occurred during the three-day celebration featuring food, cooking competitions and music that attracts more than 100,000 people. Sunday was the final day of this year's event.

The band Tin Man was just starting an encore when shots rang out.

Singer Jack van Breen said he saw a man wearing a green shirt and grayish handkerchief around his neck fire into the food area with what looked like an assault rifle.