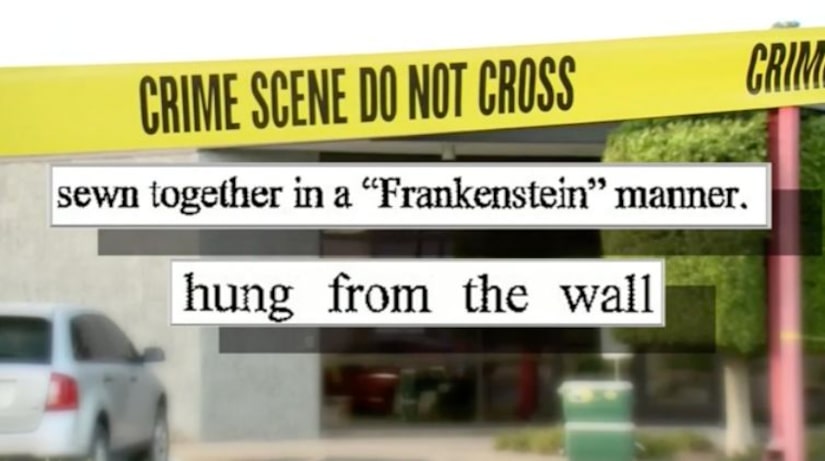 PHOENIX, Ariz. -- (KTLA) -- A lawsuit testimony provides gruesome details of a FBI raid in which agents found buckets full of body parts and a body made of sewn-together parts from different people that was hung up on a wall at an Arizona body donation center.

According to KTVK, the FBI raided the Biological Resource Center (BRC), located in Phoenix, in 2014 as part of a multi-state human body parts trafficking raid.

One agent claimed there was “a cooler filled with male genitalia,” “a bucket of heads, arms, and legs,” “infected heads,” and “a small woman's head sewn onto a large male torso like Frankenstein and hung up on the wall,” the news outlet reports.

The lawsuit also says bodies were cut apart using chainsaws and bandsaws and that pools of blood and bodily fluids were found on the freezer floor.

“This is a horror story. It's just unbelievable! This story is unbelievable,” said Troy Harp, who is one of over 30 plaintiffs in the lawsuit against the facility.

Harp donated his mother and grandmother to the BRC in 2012 and 2013 with the understanding that their bodies would be used for scientific purposes.